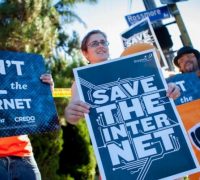 As the last six weeks of 2017 unfolded, many Americans were preoccupied with the raging fires in California, the approaching holidays, and federal tax reform. Meanwhile, FCC Chairman Ajit Pai had his own agenda. He wanted to simply, as he put it “ Take the internet back to 2014”. Why 2014? That was before the February 2015 meeting of the FCC, led by then chairman Tom Wheeler, to enact provisions that were intended to preserve net neutrality in the United States.

At that time, Wheeler saw the changes occurring within the ISP, internet, and entertainment industries that would give these organizations far too much power to control the internet and how content could and would be accessed. He, in fact, was quoted as saying “(These) providers have both the economic incentive and the technological capability to abuse their gatekeeper position.” He saw the need for net neutrality rules that would prevent ISPs from either throttling back or even blocking content and from using their power to decide what services are prioritized to whom. Since 2015, net neutrality rules have prevented ISPs from exercising this potential power to control speed, access, and content. It could be argued net neutrality rules have forced them to be more creative and consumer friendly in competitively positioning their products and services.

Now as 2018 makes its debut, net neutrality regulations have been rolled back to 2014. The “new” rules require that ISPs disclose any blocking, throttling or prioritization that takes place from either them or their partners. Many are concerned, however, the control of the internet is in the hands of mega-content providers, entertainment giants, and ISPs with little to no restrictions. So what’s next? What is the effect on the American digital consumer likely to be and is any hope for net neutrality gone forever?

So What Will 2018 Bring for Consumers?
It is possible that immediate changes will be imperceptible. It is likely we will still see faster speeds, more inclusive packaging, and even attractive pricing as companies position themselves for the future by building access to content and their customer bases. There are still economic and public relation incentives in place to keep ISPs from immediately taking advantage of the rollback. What many fear, however, is not the short-term but long-term impact on the internet.

Some fear the internet will become more cable-like as time passes, with ever-increasing rates, limited consumer choices, and speeds controlled by providers. With large providers yielding so much power, consumer options to alternative entertainment choices may be limited by ISPs who are controlled by content providers. Smaller startups will find it more challenging to compete and creativity and choice may be stifled by “muscle”.

Again, most of these concerns perhaps won’t manifest themselves immediately but there are those who feel if net neutrality isn’t restored soon, it may irretrievably disappear.

It’s Not Over Until It’s Over

Proponents of net neutrality have far from given up. New York Attorney General Eric Schneiderman apparently is seeking the help of other states. He hopes to challenge the overturning of the 2015 rules restoring net neutrality. At the same time, there is a movement within Congress to put the 2015 rules back in place.

One thing that has apparently changed forever is the Federal Communications Commissions’ role in controlling the internet and the actions of ISPs. The FCC is apparently taking a more hands-off approach and letting “the market” control the future of the internet in the United States. While some embrace the philosophy, many others are wary of it.

One should keep in mind, however, the net neutrality rules were set in 2015 in anticipation of preventing potential problems of throttling and controlling access. Even in 2014, these weren’t an issue. The landscape in the industry today is far different, however. Mergers and acquisitions have created ever larger and more powerful alliances. The potential of abuse in the quests for profits is a real concern.

As we addressed in a blog from August of 2017,  when the discussions on net neutrality began to ramp up, one of greatest concerns of hosting in a country without net neutrality is being assured of anonymity. We’ve already seen steps taken in the U.S. where ISPs not only have access to consumer information and searches but have the ability to use that data to increase profits.

One of the reasons OrangeWebsite.com made Iceland our home, is the country’s aggressive posture on net neutrality, anonymity, and freedom of speech on the internet. Iceland maintains a politically moderate environment that is less prone to the political extremes of other countries. While there are many internet restrictive countries in the world, Iceland is constantly at or near the top of internet-friendly countries around the globe. For these reasons and our unwavering commitment to providing facilities that are planet and energy friendly, you can count on OranageWebsite.com as your hosting solutions provider now and into the future.

As this seemingly new era without net neutrality in the United States moves forward, we will keep an eye on its impact on consumers and how it is viewed worldwide. We will watch as these powerful ISPs move forward and how they handle this new responsibility. We will also keep you informed of where the issue stands politically and the success, or lack thereof, of returning the net neutrality through legislative actions. Is there reason to panic? Perhaps not. There does seem to be more reason to be diligent in making sure the internet remains a free and open environment for ideas, information, creativity, and commerce. 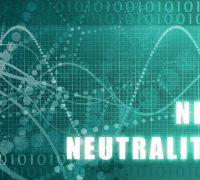 One piece of news that’s worth noting these days in terms of how it affects those who worry about anonymity in their sites and in their browsing is the news about Net Neutrality in the United States.

The refrain in the United States is about “removing regulations” over and over, regardless of the effect this has on anonymity. Regardless of your views on regulations, a case can be made that net neutrality laws are one area where regulation may be helpful.

Essentially, net neutrality is the idea that you shouldn’t allow corporations such as Internet Service Providers impose a kind of monopoly on the Internet that allows them to impose their will over other sites and browsers, ruining the idea of an Open and Free Internet. This can manifest itself in a variety of different ways. For example, some people are worried that ISPs that don’t have to deal with regulations forcing a neutral approach might favor some web traffic over others.

If the ISP owns or has partnered with a particular video service, for example, they might let traffic using that video service go faster and work better than other options. Additionally, it’s possible that you might have concerns about the privacy of information moving through the Internet over your ISP if there aren’t rules there to ensure that private information about you is properly protected.

For example, some laws make it so that your ISP can sell data about you to other companies so that they know what you buy in terms of products as well as other information that can be used against you in various different ways.

Obviously, the Internet has a strong response to this type of policy making whenever it happens, or at least it often does. Many sites like Google and Reddit, for example, add advertisements to their front page that talk about the dangers of losing Net Neutrality on times when the news about it isn’t good. This is the level of interest and importance that the matter is often afforded.

This is something that often affects not just the United States, but many different areas. Obviously, the direct effects will be in the U.S. when it comes to local regulations there about Net Neutrality, but just about every area will be at risk, sooner or later, of having some law that frays these freedoms. Plus, even beyond direct effects, occurrences like those in the U.S. may have many indirect effects.

For example, the United States tends to have a lot of soft influence over many parts of the rest of the world. Other countries may seek to emulate them. Plus, if ISPs can sell data, then it’s possible that this could end up making its way to copyright holders, governments, and other third parties who may seek to use this data against people who would rather remain private.

It’s hard to say just how far down the rabbit hole it will all go in the end. That’s why it’s important to maintain vigilance in fighting such attacks on Net Neutrality on a community level. However, it’s also important to remain cognizant of the law and to also fight against it on a personal level if this becomes necessary. You really don’t want to end up being left out in the lurch because you failed to account for a change in a local or international law.

What all of this means, practically, is that you need to be cautious when it comes to doing any business online. This includes all parts of online interactions including browsing as well as web hosting. This is because it looks like in the future, it[‘s possible that there may be time periods where you will be unable to rely on your ISP to keep your information safe. There may be web hosting sites that may end up being unreliable as well.

If you choose sites that are reliably secure, both in how they handle encryption and in the way that they choose to relate to anonymity. Essentially, you need a hosting site that comes down firmly on the side of the customer when it comes to protecting their data and anonymity if you’re going to run a website in an age of increasing exposure. Sites like OrangeWebsite and others will help to make sure that you stay safe no matter what happens with Net Neutrality laws across the world.

It’s hard to say just how bad things can get, after all. Plus, even if they stay safe in some areas, they may not stay that way in others, and laws can always change at the drop of a hat. This is why it’s so important to make sure that you’re covered. Many in the U.S. were highly surprised by the development of ISPs claiming the right to sell the data of their customers to third parties, after all.

The whole thing seemed to come out of nowhere, and it could be a sign of worse and worse things to come. The more that those who want to decrease your anonymity for their own benefit find that they can get away with, the further they may be willing to go. By far, the best course is to get prepared to protect yourself early.

For more information about OrangeWebsite, please make sure to contact us today.